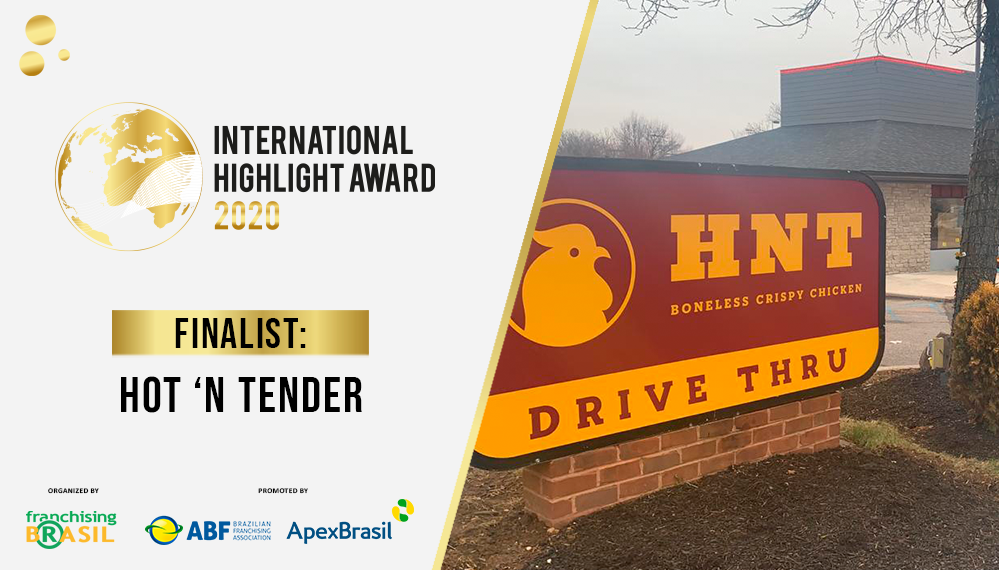 So far, the year of 2020 has been very good for Hot N’ Tender, a Brazilian crispy chicken franchise that has 47 units in Brazil. Last year, the company closed a deal with a master franchisee and opened six shops in the United States in a short period of six months.

Thanks to its successful case, the brand is one of the finalists in the International Highlight Award promoted by Franchising Brasil — a sector project for the internationalization of Brazilian franchise brands carried out by means of a partnership between the Brazilian Association of Franchising (ABF) and the Brazilian Trade and Investment Promotion Agency (Apex-Brasil).

By means of the project, Hot N’ Tender participated in franchising fairs in Colombia and Argentina, as well as in the Multi-Unit Franchising Conference, in the United States. “We entered a very competitive market niche, so we have studied several business model and defined our differential feature”, says Dany Levkovits, International CEO of the company, regarding the trajectory of HNT in foreign countries.

According to the executive, the brand studied the American market for months before starting to operate there. As a differential feature, the fast-food company offers a menu with fried boneless chicken, grilled chicken bowls, healthy side items and super crispy chicken sandwiches.

“We went for a master franchisee experienced in fast food and started operating in the USA based on the Master Franchising model”, adds Dany, who also emphasizes the importance of the ABF support during the whole internationalization process. “We have evolved a lot in terms of processes and service, and our material became much more effective thanks to the exchange of experiences with local culture”, completes Levkovits.

The CEO also states that starting the operations in the USA benefited the Brazilian units too, since the franchise added new ingredients and sauces to its original menu in Brazil. Here, the company was created in 1995, in Rio de Janeiro, and started its franchising project in 2015.

“Being a finalist in such award shows that it is possible to dream and make it true, despite all the difficulties. It was a big challenge for a 47-shop brand to start operating in America with six units in less than six months”, says the Hot ‘N Tender executive.