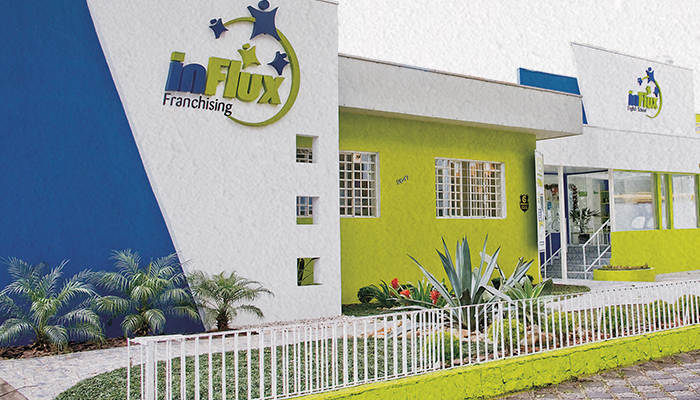 Franchising in Brazil has been growing year after year, showing a promising future for new businesses, including educational services. According to data from the Brazilian Franchising Association (ABF), more than 5 thousand units were created in 2021, considering only the third quarter of the year. The educational services units are a profitable bet for the growth of business professionalization. In addition to the opening of new units in 2021, the period surpassed the sector’s revenue obtained in 2020 (R$ 43.9 billion) and in 2019 (R$ 47.2 billion), approaching R$ 47.4 billion in results.

An example of the segment’s success is the inFlux Escola de Idiomas franchise, a participating brand in Franchising Brasil — the result of a partnership between the Brazilian Trade and Investment Promotion Agency (ApexBrasil) and Brazilian Franchising Association (ABF). The company has more than 150 franchises spread across several cities in Brazil, with revenues of R$ 305 million in 2021.

Surveys indicate that many franchises managed to overcome the most turbulent moments experienced throughout the pandemic. The sector as a whole showed good rates in the comparison between 2020 and 2021. In the case of the educational services segment, the variation was positive, with an increase of 2.09% between 2020 and 2021.

“Our aim, as a language school, is to provide the best possible experience for students in relation to the language course and structure of our schools. We continue to invest in our expansion, aiming to reach the largest number of people interested in learning English, a knowledge which becomes even more necessary in the globalized job market brought on by the pandemic”, highlights Ricardo Leal, CEO of inFlux.

The cost of purchasing a franchise of the brand generates the possibility of high return, even with more representative values ​​​​in the initial investment. In the case of inFlux, to acquire a unit, the value varies between R$ 280 thousand to R$ 300 thousand. Return on investment is estimated between 18 and 24 months, with high profitability of up to 30%.

Ricardo points out that there are expectations for the growth of new enrollments throughout the year: “Despite the impacts caused by the pandemic, online has meant that people have more time and money for courses, because now they save travel money. In addition, people are increasingly aware that English is a fundamental training path”, concludes the CEO.

With more than 150 franchises throughout Brazil, and more than 50 thousand students, inFlux is present in 18 Brazilian states and the Federal District. The language school is recognized for offering the guarantee of mastering English faster. The effective methodology allowed the creation of the “inFlux Learning Commitment”, a guarantee that in two and a half years the student reaches 700 points or more in the TOEIC® (Test of English for International Communication), one of the most recognized proficiency tests in the world. It is worth mentioning that this score is equivalent to the dorector position of many multinational companies. If the 700 points are not reached at the end of the course, inFlux guarantees the student free study until reaching this score.

For more than 15 years in the market, the brand, created in Curitiba, capital of the state of Paraná, won the title of Outstanding Excellence in Franchising by ABF 12 times in a row. In addition, it received the 5-star Seal of the Best Franchises in Brazil 2018, 2019, 2020 and 2021 award.