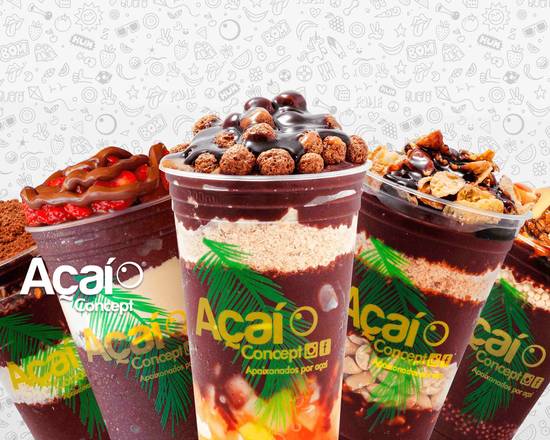 After opening a unit in France, Açaí Concept, a franchise specialized in selling products based on the typical Brazilian fruit, prepares to open a store in Saudi Arabia.

The new shop of the member of Franchising Brasil — a sector project for the internationalization of Brazilian franchise brands carried out by means of a partnership between the Brazilian Franchising Association (ABF) and the Brazilian Trade and Investment Promotion Agency (Apex-Brasil) — in the Middle East is being implemented.

The chain currently has 330 units, 30 of which in nine different countries. The menu of the healthy fast-food company includes smoothies and blends of açaí with other Latin American fruits such as cupuaçu and pitaya. Franchisees of Açaí Concept can choose from opening shops, containers, or kiosks.

From Brazil to the world

The first foreign market receiving the franchise was Portugal, five years ago, upon the opening of a unit in the city of Matosinhos. Today the chain already has eight units in the European country. According to Açaí Concept, its international plans for 2021 include closing new deals with the United Kingdom and Mexico and opening ten new units, as well as consolidating the existing ones.

The expansion efforts of the chain go far beyond opening units abroad though. The brand has just started a partnership with a franchise accelerator program and intends to reach 1.5 thousand franchisee-owned units. Projections for 2021 are good: in an interview to Forbes, Miguel Teixeira da Silva, CEO of the company, revealed their intention of opening 120 units and having the same performance they had in 2020, which generated BRL 140 million in earnings.

Açaí Concept was founded in 2014 in the city of Maceió, located in the Northeast region of Brazil. The chain was born in the middle of the boom of products made of the typical fruit from the Amazon forest. At that time, many people were interested in the functional aspects of the fruit, which is rich in antioxidants and anti-inflammatory nutrients. That was when Açaí Concept positioned the brand as healthy fast food and succeeded.

The trend was not temporary and remains strong: according to Sindifrutas (Association of Industries of Fruits and Derivatives of the State of Pará), açaí and its products generate USD 1.5 billion per year. Today the target audience of the chain is much more heterogeneous. In Brazil, the most consolidated market is still the Northeast region, but the chain has been growing in the south of the country.

In that interview given to Forbes, Teixeira points out an important competitive distinctive feature: the raw material is provided by a high-quality supplier. The fruit base used by the chain is supplied by Frooty Brasil, the largest processed açaí company in the country that uses fruits picked in the Amazon area.

Besides the flavor, the business model of the brand is another plus: Açaí Concept focuses on street shops, having only 10% of its units located in malls.