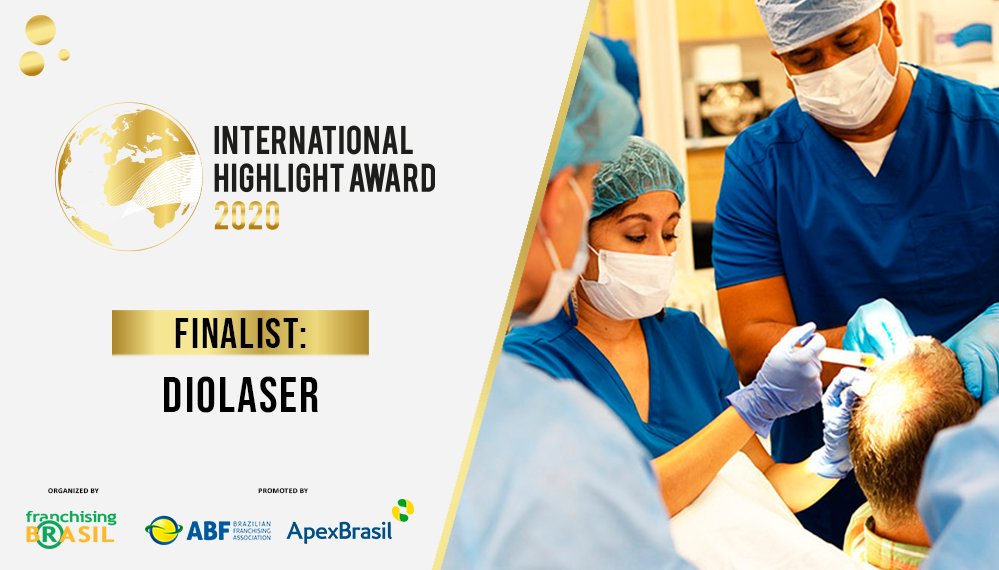 Diolaser, a major name in laser hair removal and aesthetics in Brazil, secured its place in the finals of the International Highlight Award thanks to its international expansion case. The award is promoted by Franchising Brasil — a sector project for the internationalization of Brazilian franchise brands carried out by means of a partnership between the Brazilian Association of Franchising (ABF) and the Brazilian Trade and Investment Promotion Agency (Apex-Brasil).

With a 10-year history, the brand stands out because of its excellence in services and exclusive systems. The chain is also a pioneer in the use of the Milesman diode laser, the best technology for hair removal currently in the market. Since its foundation in 2010, the company has opened over 24 franchise units in Brazil and 2 abroad.

The internationalization process of Diolaser began in 2014, when the company opened one unit in Florida, an American state with a large number of Brazilian residents. “To captivate customers interested in laser hair removal, we had to find something else they wanted first. That’s how the professional qualification courses were created”, says Glaucio Pereira, franchise director of the brand. The US unit offered professional qualification courses to customers and even physicians, especially hair transplant courses. Then the company opened one unit in Puerto Rico, where the same services are offered.

Among the differential features of the brand is the exclusive use of Plexr, the only Pure Plasma device for skin rejuvenation and other aesthetic procedures. About the challenge of captivating customers abroad, Glaucio says: “Learning how the market in the USA and Puerto Rico works and understanding the advertising industry of such countries was complex and crucial. We introduced the best laser hair removal technology into markets that were used to wax hair removal. We had to change our operational strategy to reach our goal.”

The executive of the company, which has an ABF Seal of Excellence in Franchising and an International Franchise Certificate awarded by Franchising Brasil, also mentions the importance of getting support from appropriate associations during the process. “We saw several talks about internationalization projects and used the successful cases presented there as basis for our own project”, he completes. Diolaser is currently negotiating the opening of two additional international units.