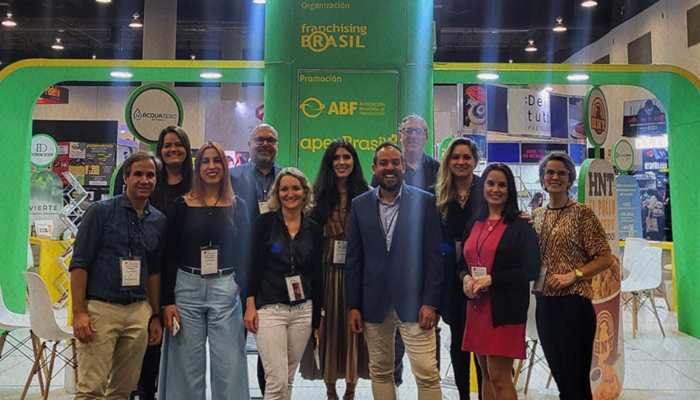 In early June, Franchising Brasil — the result of a partnership between the Brazilian Trade and Investment Promotion Agency (ApexBrasil) and the Brazilian Franchising Association (ABF) —participated in the 45th edition of the Feria Internacional de Franquicias (FIF), in Mexico City. Brazil was represented at the event by a delegation of eight brands and the results of the initiative are promising: with the expectation of generating USD 660 thousand in business over the next 12 months. The Brazilian participation in the event also gave rise to 123 new contacts for the companies present during FIF.

The fair took place between the 9th and 11th of June, at the WTC in the Mexican capital. Franchising Brasil also took advantage of the occasion and organized a mission with interested networks. The initiative took place on June 7th and 8th and fostered business between Brazilian franchises and Mexican investors. The mission also had an extensive agenda, comprising technical visits, workshops, pitching and matchmaking sessions.

The following brands participating in Franchising Brasil were present at the fair: Acquazero, CleanNew, Espaçolaser, Grupo SD, HNT, Lupo, Maple Bear and Universal Franchising. The Latin American event is among the three most important franchise fairs in the world and is a reference in the sector and in terms of successful business, both for exhibiting companies and for businessmen who visit the place.

Bruno Amado, Franchising Brasil’s Executive Manager, could not be more proud of Brazil’s participation at FIF. “The trade mission to Mexico was another great success organized by Franchising Brasil. Our companies were able to prospect many new business possibilities, in addition to having made a rich networking, which will yield excellent results to the brands”, he quotes with joy.