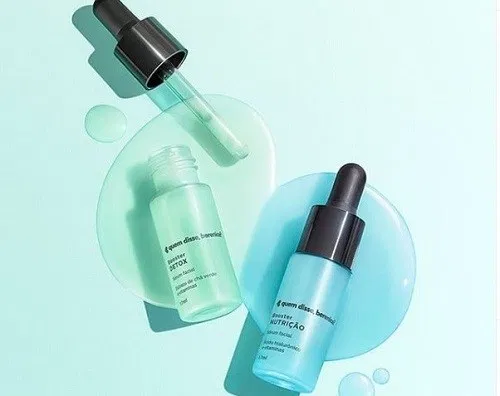 Quem Disse, Berenice?, one of the most influential brand of cosmetics in Brazil, has just launched new skincare products. The two new Boosters, products used to prepare the skin for the make-up, are going to be sold in stores and on e-commerce platforms in two versions: “Detox” and “Nutrição”.

The company belonging to the O Boticário Group is a member of Franchising Brasil — a sector project for the internationalization of Brazilian franchise brands carried out by means of a partnership between the Brazilian Association of Franchising (ABF) and the Brazilian Trade and Investment Promotion Agency (Apex-Brasil). The chain has over 200 points of sale in Brazil and is also present in Portugal. For its presence abroad, Quem Disse, Berenice? was awarded the International Franchise Certificate 2020 in the Senior category.

Both vegan products were launched in August and target those people who began paying more attention to skincare during the quarantine period. They are supplied in 17-mL containers and offer instant intensive hydration to skin.

According to the brand, the “Nutrição” Booster contains in its formula vitamins B3 and B5, amino acids and hyaluronic acid, which nourish and rejuvenate the skin, giving it a glowing, smooth and fresh aspect. The “Detox” Booster, on its turn, has green tea in its formula and it was developed to repair the damages caused by oxidative stress by creating a barrier that works as an extra protection for the skin.