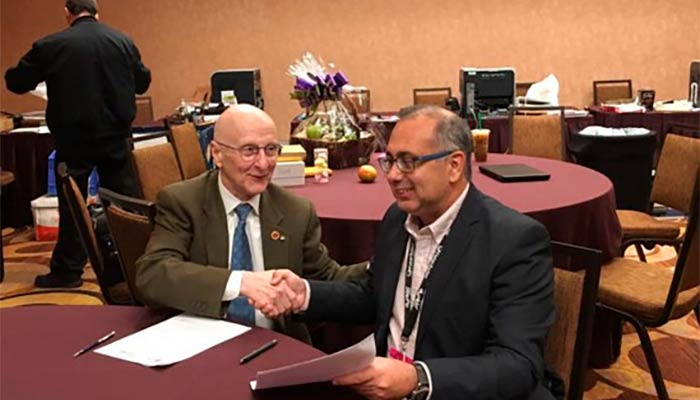 On the second day of the official program of the Convention of the International Franchising Association – IFA 2017, Brazil was present on two occasions. In the first one, the consultant and member of the Board of Associates of ABF, Marcelo Cherto, gave a lecture about the peculiarities, challenges and opportunities of the Brazilian market. The explanation was part of a panel dedicated exclusively to the internationalization of franchises, which also addressed the changes in the British market with the future exit of Britain from the European Union and the opportunities created with the economic opening of Cuba.

Marcelo Cherto: “The Brazilian market presents great challenges, but it’s worth it.”

One of the most experienced professionals in Brazilian franchising, Cherto presented a brief and direct overview of the Brazilian political situation, the potential for investment and some tips on how to do business in Brazil. Although the country is experiencing deep political instability and economic slowdown, the executive showed optimism in affirming that the Brazilian economy is characterized by the alternation of cycles of growth and decline and that we are approaching a new cycle of expansion. And he said more: “The Brazilian people are accustomed to crises. I’ve lived several times myself. So much so that, when ABF was founded in 1987, we were going through another major crisis. All have been overcome and we will do the same”. National franchising numbers also support this claim. Even in this delicate period, the franchise market grew both in sales and in number of units.

As tips for franchisors interested in investing in Brazil, Cherto emphasized the need to consider Brazil as a market with its own personality (quite different from our Latin American neighbors), the importance of personal contact in business and the creativity and flexibility of the Brazilian professional. “The Brazilian market presents great challenges, but it’s worth it. In this sense, having the support of a local partner to ‘tropicalize’ the supply is fundamental for understanding the subtleties of the country and for the contact with the right people”, said the ABF advisor.

ABF-IFA agreement in the education area

Taking advantage of the visit to the USA, ABF and IFA signed a collaboration agreement in the area of education. From now on, ABF is accredited to certify franchise professionals in the IFA methodology in Brazil. Certification, named Certified Franchise Executive, aimed at franchisors and their employees, will be offered in Brazil as of the second quarter.

At the signing, John Reynold, president of the IFA Educational Foundation, said that “with this agreement, we become a family in education”. The president of ABF, Altino Cristofoletti Junior, stressed that “from now on, we can take more this content of the highest quality and with a certification that is worth internationally for Brazil. This is an important improvement for the wide range of courses and training offered by ABF”.

Started on 01/29, the world’s largest franchising meeting ends on Wednesday (02/01). Experts from the sector will present what was most important at the International Convention in the Post-IFA ABF. Free for associates and with limited places, the event will be held on February 16 at the Auditorium Santander, in São Paulo.