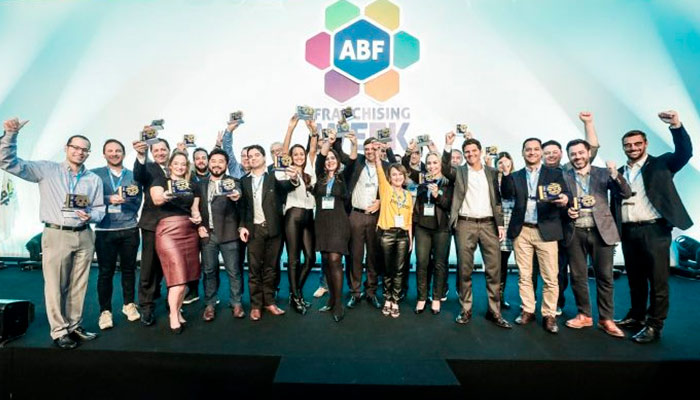 In his opening remarks, ABF President André Friedheim announced the delivery, starting this year, of the seal that follows category classification criteria similar to the Franchising Seal of Excellence. (Check out the list of certified networks below.) “This is a distinction and recognition from ABF to all brands present in other markets,” he said.

ABF, in partnership with Apex-Brasil, has the Franchising Brasil project, which has promoted the expansion of national brands abroad. To earn the ABF International Franchise Certificate, the network necessarily needs to integrate the project.

Data from the entity show that in 2018 the country had 145 brands in 114 nations, compared to 100 countries in the previous year. “This shows the maturity of our franchises in the international market, opening in new countries and operating in places that were not previously explored,” said Friedheim. With the new seal, this number is expected to advance in the coming years.

IGUi’s entry into the United States, the world’s largest pool market, was the case of the first panel of the day. Fabio Khouri, ABF’s international director, coordinated the panel with the participation of Jorge Mayer, managing partner of iGUi.

Largest network of fiberglass-reinforced polyester (PRFV) pool franchises in the world, iGUi dreamed of entering the United States with its own factory. The dream came true now in 2019, with a manufacturing facility in Cocoa Beach, Florida. The Brazilian brand has been operating in the country for ten years, where it has seven stores.

Now, according to Mayer, the next dream to come true is to make iGUi be recognized in America for the quality of FRP pools.

Rodolfo Magalhães, CEO of Coife Odonto, with 174 units in Brazil, is heading for the first international operation in China. There they will enter as Vip Dental. “I recommend that you register the mark before you go,” he warned.

According to Magalhães, one thing he learned is that the Chinese like to make friends. The project started four years ago, trying to learn the culture and was very well planned, he said.

The executive recognized the importance of the partnership between ABF and Apex-Brasil. He said that it was through this partnership that CCTV, China’s largest TV network, recorded a report with Coife Odonto in Brazil, that went aired on a chinese network.

Gustavo Fruges, Boticário Group’s international marketing manager, presented the company’s case in Portugal, where it has been present for 33 years, initially under the O Boticário brand and two and a half years ago with the franchise Quem disse Berenice ?, which operates with e-commerce for all of Europe. Largest network of franchises in Brazil in units, O Boticario is also the largest cosmetics network in Lusitanian lands.

The work developed by Apex-Brasil in the internationalization efforts of national brands was detailed by Leonardo Machado, Agency Internationalization Coordinator. Currently, the institution has eight offices abroad and 110 trade promotion sectors (Secom) around the world.

Machado detailed the internationalization programs and strategies offered by the Agency, including digital platforms, online courses and international missions that, in the case of franchises, are done in partnership with ABF.

Criteria by number of units and countries

Based on the ABF Franchising Seal of Excellence rating, the International Franchise Certificate also divides award-winning brands into Pleno, Sênior, Master and Mega categories. Two criteria were defined by the entity for awarding the network with the seal: number of units and countries in which it is present:

Check out the brands awarded the ABF International Franchise Certificate: