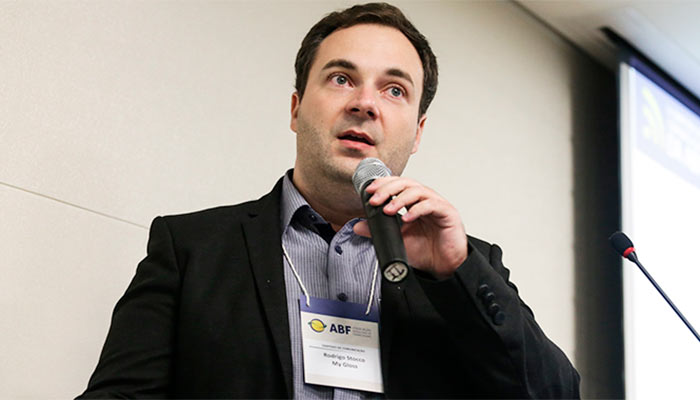 The US franchise market was the theme of one more chat promoted by the international ABF area. Held on June 6 at the entity’s headquarters in São Paulo, the meeting is part of the actions of the Franchising Brasil Project, the result of a partnership between the Association and the Brazilian Agency for the Promotion of Exports and Investments (Apex-Brasil). The chat preceded the unprecedented mission of Brazilian franchisees and franchisors at the 18th Multi-Unit Conference. Leading multi-cast event in the world, Multi-Unit will be held in Las Vegas (NV, United States) between April 2-7.

Participated in the chat associated and professionals of ABF and Apex-Brasil. Bruno Amado, international manager of the entity, presented the work developed by ABF and Apex-Brasil to expand Brazilian brands abroad. According to Amado, in the strategic planning of the project were chosen three verticals to be worked: Services, Fashion and Food.

To integrate the Franchising Brasil Project, the company must meet the following prerequisites: be a Brazilian company or brand, sign the Binding Agreement to the project and make a commitment to present the invoices of expenses related to the trips carried out by the project. In addition to participating in the shows, Amado noted that “there is always a sector meeting at the Brazilian Embassy and business rounds are part of the actions in the missions within the project.” According to the executive, 65 companies are currently part of the Franchising Brasil Project.

Vanessa Bretas, ABF’s market intelligence manager, gave an overview of Brazilian franchising in the world and focused on the franchise market in America. The recent balance of performance of the sector in 2017 disclosed by ABF showed that Brazil has 142 franchise networks abroad, 129 with physical operations and of these, 46 are in the United States, country with a greater presence of Brazilian brands. “The United States is the target market for most Brazilian franchises. Reference for franchising in the world. It’s not a simple, easy market. It requires work, but it has a lot of potential,” he said.

The professional presented a 2016 PricewaterhouseCoopers (PwC) study on the impact of franchising in the US economy. According to the survey, the franchise sector in the United States accounted for 3.4% of GDP in the period, with a turnover of US$ 541.1 billion, and is very expressive in the states of Florida and Nevada.

“The American market is the world,” said Carlota Carneiro, a consultant at CCBIZ. The specialist spoke about the Multi-Unit Conference. According to her, the event attracts a qualified audience. “The focus is always the contact, purpose of the show. Let’s identify potential leads, not just investors, but franchisors, retailers. The most important thing is to develop a relationship, do a job of prospecting and relationship,” she said.

Gustavo Loreto, Apex-Brasil representative in the United States, participated in the chat by videoconference. Loreto detailed how the Agency supports the internationalization of Brazilian companies in America and all the infrastructure offered in both offices, one located in Miami and the other in San Francisco.

According to Paulo César Mauro, founding partner of Global Franchise, to enter the American franchise market is necessary to do an initial market study and analyze the strategies. If the franchise acts with products, he guides you to use the internet as the first market test. “You have to think about different strategies and sometimes take smaller steps to avoid the risk of burning good ideas”, he said. The consultant advises the investor that in case of a master franchise, make a joint venture and if the goal is to expand into a state, it is best to use the area developer as a strategy. To get an idea of the size of the American market, Mauro pointed out that only the State of Florida is the 15th largest economy in the world.

Adriana Auriemo: Nutty Bavarian is a successful case in the United States

The chat was closed with the Nutty Bavarian international expansion case. Adriana Auriemo, relationship director, microfranchises and new formats of ABF and cofounder of the brand, and Daniel Miglorancia, cofounder and CEO of the network, detailed the history of Nutty and its presence in America. Founded in 1996 in Brazil as a proprietary brand, franchised, Nutty of the United States is a distributor of products.

By tropicalizing the American glazed almonds and franking the business, the Brazilian entrepreneurs couple created a new concept, praised even by the founder of the brand in the United States. There, Nutty Bavarian began its international expansion two years ago. They have opened eight own point of sale and will soon have the first unit franchised for a Brazilian entrepreneur. Another important step in the process of internationalization of the Brazilian network will be the opening next week of the first unit in the city of Porto, Portugal.

ABF will bring its official group to the world’s premier multifranchised event (owners of several franchise units of one or more brands) for the first time. The mission to the 18th Multi-Unit Franchising Conference will be held in Las Vegas (Nevada, United States), April 2-7, and will be held in partnership with the MD Group – Make a Difference. At the same event, ABF, together with Apex-Brasil, will carry out a mission for Brazilian franchisers interested in expanding to the US market. In addition to participating in business rounds, the Brazilian brands will have a stand in the Franchise Show held in parallel to the Conference, as part of the Franchising Brasil Project.

Join the ABF Group at the 18th Multi-Unit Conference:
Go to: http://multiunitabf.com.br.