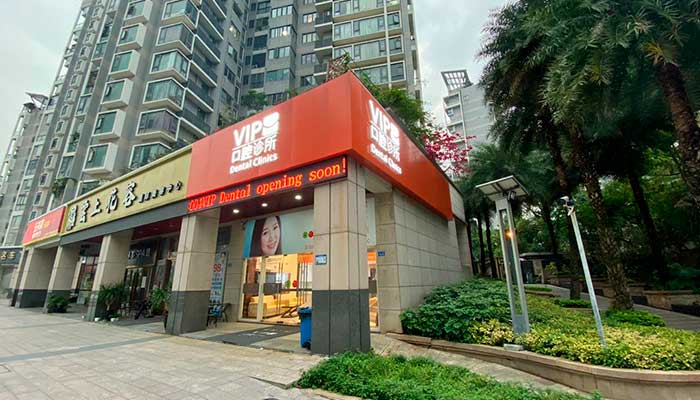 Coife Odonto has just entered the Chinese market focusing on foreign patients and planning to expand.

The dental clinic franchise brand has 28 years of experience and 200 operating units, and now its first clinic was opened in the Asian giant.

The expansion of the company that is a member of Franchising Brasil — a sector project for the internationalization of Brazilian franchise brands carried out by means of a partnership between the Brazilian Association of Franchising (ABF) and the Brazilian Trade and Investment Promotion Agency (Apex-Brasil) — to China was made carefully.

“Our focus is quality, our expansion was thoroughly thought out and our franchisees are highly satisfied, what made us to have zero units closed in the past five years”, explains Rodolfo Magalhães, Global CEO of Coife.

The franchise interest in the Chinese market began when a deficit of dentists was identified in that country.

Also, projections showed opportunities: that population is estimated to reach 1.4 billion by 2030, with a middle class exceeding 400 million people.

Contacts with Chinese investors started in 2017 and were intensified in 2018 during the Dental Show in Asia.

“Everything related to China was a huge obstacle in the beginning: language, culture, IT, HR, licensing.

It was an excellent challenge that made us to make all efforts to find solutions that offer a nice experience to patients, employees and investors involved”, says the CEO.

In addition to the challenges inherent to the expansion, the opening of the fist Coife clinic happened in the epicenter of the coronavirus pandemic.

The franchise team was caught by surprise and the delivery of some supplies and equipment delayed the beginning of operations.

According to Rodolfo, the franchise unit is now operating and meeting all the governmental health requirements, that is, lots of surgical mask and hand sanitizers are being used.

“This week things are getting back to normal. I believe that was the final test we had to pass”, says Rodolfo.

Despite of the obstacles, the franchise brand is still betting on that market and considers it promising.

The next steps are to wait for the approval of the opening cocktail party by the Chinese government and start negotiations for the next franchise unit.

Created in the city of Jundiaí, countryside of the State of São Paulo, the franchise brand had 9 Seals of Excellence in Franchising awarded by the Brazilian Association of Franchising (ABF) and its team is composed of 2,200 professionals.

Besides the Asian market, the franchise brand is currently investing in Portugal too, and now it has 1.4 million patients being served worldwide.