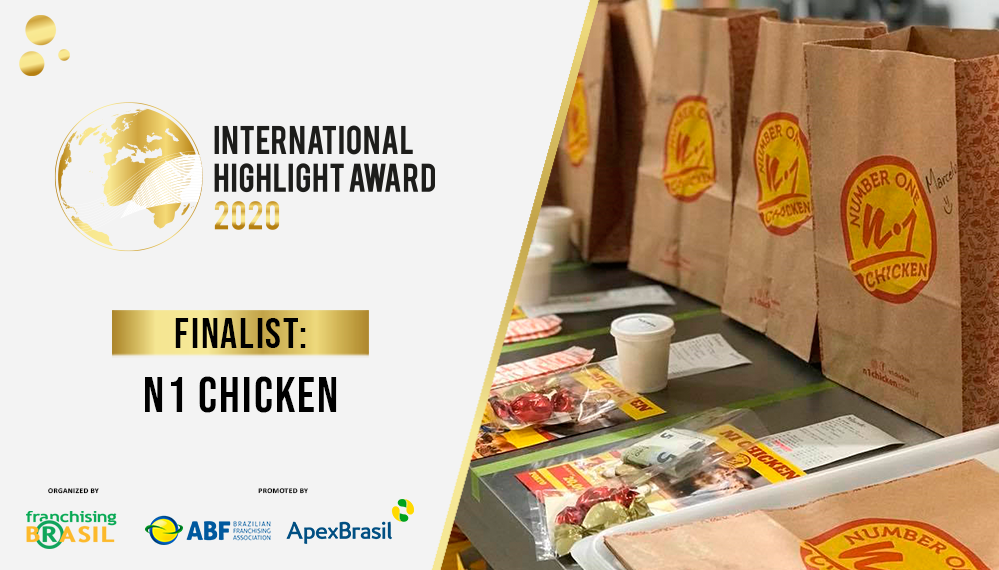 N1 Chicken, a Brazilian fried chicken franchise, was created in 2017 in the state of Espírito Santo. The company is new, but has an impressive trajectory. In just two years of franchising, the brand already has 171 units in Brazil and 4 in Portugal, a European country full of opportunities for Brazilians.

Because of such case, N1 Chicken is one of the finalists in International Highlight Award, which is promoted by Franchising Brasil — a sector project for the internationalization of Brazilian franchise brands carried out by means of a partnership between the Brazilian Association of Franchising (ABF) and the Brazilian Trade and Investment Promotion Agency (Apex-Brasil).

According to Luiz Henrique Castro de Paula, expansion manager of the company, the franchise internationalization project hadn’t been developed yet when the opportunity of going abroad appeared. The goal of N1 was to open 100 units in Brazil by December 2019. However, in 2018, franchisee Hamilton Quintaes, who was moving to Portugal, got interested in the brand and in its concept of dark kitchen, a restaurant that has no dining room or waiting area and is meant for delivery only, thus reducing costs for franchisees. That year, the details for the opening of the first unit of the brand in the European country began being discussed.

“We agreed to start by signing a feasibility study agreement, so that we could understand the challenges and see what we had to do in order to take the idea forward”, says Luiz Henrique. “When we were informed that it was feasible, we decided with future franchisees what had to be done in order to start the process as quickly as possible”, adds the manager.

Upon the execution of the agreement, the process of implementation of the Porto unit began in March 2019 and was very successful. The second unit, however, was opened in 2020. When the company launched its new brand, Gringo Wing’s Planet, Letícia Guimarães, a franchisee who is also the brand’s expansion consultant, made an offer to open a new shop in Portugal, but in the city of Lisbon. Despite the pandemic, Luiz Henrique says that N1 Chicken’s sales have been growing since March, when the second unit was opened. “That made us pay attention and take the unexpected opportunity”, completes the expansion manager.